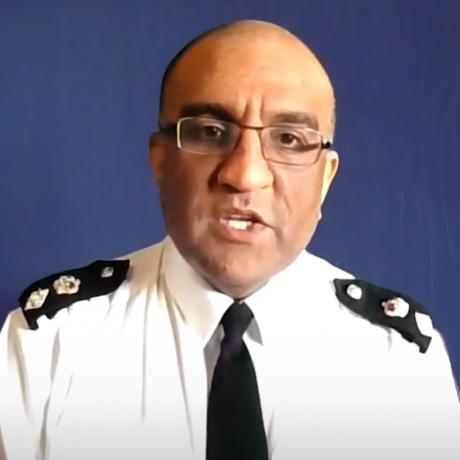 The son of parents who migrated from India in the 1960s, Dennis left school at 17 and had a variety of jobs before joining the police. He worked as a hate crimes officer in the Criminal Investigation Department for a number of years. He built links with minority communities and learned more about what diversity and inclusion means within policing.

In 2008, having worked as a PC for 16 years with no desire to go on to senior leadership, the revised high potential scheme offered the opportunity to study for a master’s degree. Dennis accessed the support available and has never looked back.

He recalls: 'I remember coming out of the process and going, “If I haven’t passed that, it was still really enjoyable."'

Find out more about the Fast Track programme for serving police constables and complete the high potential development tool to see if the programme suits your potential and strengths.

He says that getting tips and advice from people who have already been on the journey will inform the plan you need to develop. Creating this plan will help you to understand where you are, where you want to go and what steps you need to take to get there.

Dennis advises that going to your supervising officer 12 months before you intend to apply for the next promotion board is a good way to avoid disappointment. ‘Go to them and say, “It’s my intention to apply for the next board. What is it you expect to see and where do you think I’m at in relation to that expectation?”’

Hear from Dennis about his personal journey to senior police leadership and his advice to aspiring police officers and staff who are considering starting their own leadership journeys.

I stand as a young guy who came into the organisation with no qualifications. I've now got a master's degree, I'm in charge of a big portfolio for a national force. In my previous force, I was the area commander for half of Northamptonshire. They’re huge levels of responsibility for somebody who actually started out with not a lot, and that comes about from hard work and reward and recognition.

My parents came to the UK in the 60s from India and we were quite a poor family. Left school at 17 with no real qualifications, and I went and I worked in a number of factories and different jobs.

And then in 1991, I decided that I was going to join the Special Constabulary, and kind of see what it was about and what it was like. And more or less instantly knew that this was the career that I wanted to do. I joined the police service full-time and went into a role as a uniformed officer.

And then effectively from there was head hunted by somebody to say, ‘Can you come and work for the neighbourhood team? I think you’ll bring some real value to it, and it will help you in your aspiration to get to the crime floor and do CID.’ So I went there, within 18 months, then secured a place in CID and was the hate crimes officer for a number of years, linking in with minority communities, understanding what was going on within that sort of area, and very much working on the diversity and inclusion side of policing, which really, really interested me.

In 2008, having done 16 years as a PC with no desire to really go on to senior leadership, the 2008 revised high potential scheme came out. And I looked at it, and the bit that jumped out at me straight away was the opportunity to study for a master's degree.

What advice would you give on starting a senior leadership journey?

I remember coming out of the process and going, ‘If I haven't passed that, it was still really enjoyable,’ because it really pushed and challenged you. But part of the preparation and my biggest advice to anyone going for something like this would be: go and speak to people that have done it before, speak to the people who have been on that journey. Because actually, the tips that they were able to give me – and the advice and the practice, and all of those things – was perfect to get prepared for it and go into it putting your best foot forward.

I did ask for help in the high potential scheme process. Somebody gave me some advice about how to write a good application and then doing some of the practice around the scenarios. But I just prepared for them each stage at a time and knew that even if I didn't get through, I would come out the other end improved and different from how I was when I went in, and was fortunate enough to get through.

The first thing is you've got to have a plan. You've got to understand where you are, where you want to get to and what those steps are. Now it might be that you on your own can't work that out, but you've got to start with that bit.

Having that plan is key. I've seen people time and time again go to their sergeant or their inspector and say, ‘Here's my application for the sergeant's board’. And then are surprised when they say, ‘I'm sorry, I'm not going to support you because of this, that and the other.’ What they should have done was, 12 months before, go to them and say, ‘It's my intention to apply for the next board. What is it you would expect to see and where do you think I'm at in relation to that expectation?’

Many candidates go into the room expecting a no. And the advice I was given was, ‘Go in the room with a plan and armed with the evidence to come out with a yes.’ And when they ask you the questions, you've got the answers ready for them, you've got the plan ready for them. So there's no other option but to give you the answer that you want, because you're genuinely ready.

Find out more about development resources for leaders across policing and career development.

Apply for the Senior Leaders Development Centre to experience an executive-level assessment centre in a supportive learning environment. 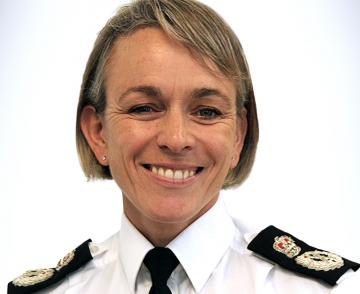