Fast decision-making in policing and perception of risk

Since joining the Met in 2012, I have been fortunate enough to have spent much of my career in neighbourhood policing, an area that I’m passionate about. I’ve seen that some communities often aren’t comfortable with how we police them, and that police decision-making – even at a single incident – can have a huge impact on their trust in us. After being among the first responders to the 2019 London Bridge terror attack, I became interested in how officers make fast-time operational decisions.

The way in which police officers make decisions has its roots in how they perceive risk, be it in what is presented to them at the incident they are dealing with or their wider attitude towards it. This is relevant at every stage of a policing encounter, from first interaction through to the conclusion of a case at court. Where risk is well managed, it often goes unnoticed. However, on those occasions where things go wrong, or are perceived to have gone wrong, it is usual that criticism from some quarters follows.

After the murder of George Floyd, there is now more scrutiny than ever on decision-making within the police. I believed that if I could better understand the influences on how police officers judged risk, this could go some way to influencing how they deal with operational incidents. My research was not focused on criticising officers’ decision-making, but rather on the ways that they came to their decisions. This could contribute to achieving a more professional police service, as well as improving trust and confidence among communities.

While there is a wealth of literature on risk perception generally and in industries such as aviation and medicine, there is little academic research that considers how the theories apply to policing. This is surprising, given the uniqueness of how police officers deal with risk.

There is no universally agreed definition but risk is generally considered to be how people see the probability and magnitude of harm (Bodemer and Gaissmaier, 2015). It can be assessed formally – for example, through statistics and data – or more intuitively. However, Sjoberg (2000) found that even evidence-based risk assessments are influenced by subjective aspects.

Risk differs from hazards, which are situations where a specific set of circumstances could lead to harm (Pigeon and others, 1992). However, knowledge of hazards does influence how people perceive and assess risk.

People’s risk perception does not develop in isolation, it reflects the social context in which an individual exists. Renn (1990) found that this was influenced by ‘heuristics’. These are mental strategies that people use as a basic form of risk assessment to make judgements on how to deal with a hazard.

There are two main heuristics or mental shortcuts that may underpin judgements. The first is affect, where people rely on experienced feelings of what they think is good and bad in order to guide how they judge decisions on risk (Slovic and Peters, 2006). Where someone cannot translate an element of risk into an ‘affective frame of reference’, they may not consider it important. Relying too much on affect can therefore have an impact on the rational judgement of a risk, meaning that someone may over-prioritise something unimportant, especially if they are familiar with it.

The second heuristic is availability, which is where people consider the likelihood of something happening based on their ability to recall similar instances from their memory. Availability is broader than just personal experience and can be influenced by hearing about incidents from others, the prominence of an event in the media or even watching a realistic film.

Police officers often have to make risky decisions with incomplete information and only moments to consider their options. I therefore proposed that officers would be likely to make use of heuristics to assess hazards, drawing on what they were familiar with in order to prioritise the riskiest situation.

Numerous studies in this field have found that social trust is one of the most important factors in influencing risk perception. This is where individuals relinquish responsibility for managing physical risk to others and instead take on a ‘social risk’ that the ‘other’ will handle it properly (Cvetkovich and Lofstedt, 2013). There is inevitably a power imbalance, as one person relies on another to make important decisions for them.

Literature (Frewer, 1999; Slovic, 1997) suggests that public trust in risk managers is in decline. Instead of having confidence in formal risk experts, people are now more likely to look within their own trusted groups for risk information. This may distort their perceptions of risk and is something that has been seen throughout the COVID-19 pandemic.

Policing is a specialised profession. Previous research has found that police officers are often sceptical and do not tend to indiscriminately trust others’ perceptions of risk (Sykes and Brent, 1983). I proposed that the general decline in trust would be replicated in the Met, and that officer perception of risk would be influenced more by their own experiences and their peers than by senior leaders.

Using a mixed methods approach, I designed a survey consisting of a series of open and closed questions that measured officer attitudes and perceptions to risk. I sought to establish the key influences on officer perception of risk and the role played by trust and heuristics.

The survey aimed to identify the hazards in operational policing that officers feared the most. It then asked them to consider how likely they felt that they, as well as their colleagues and officers more generally, would face these hazards. To test the impact of heuristics, the survey then explored officer experience versus exposure to these hazards. Finally, respondents were asked how well they felt that a variety of sources – including colleagues, supervisors and senior managers – managed operational risk.

I predominantly captured quantitative data using a series of scales, which allowed me to measure attitudes. Some questions provided free-text boxes allowing officers to explain their responses. This provided context to the quantitative data generated from the closed questions.

My research was conducted in the Met among uniformed officers with recent operational policing experience. I defined this as having worked on public-facing duties in the preceding 18 months.

I made use of non-probability sampling technique – particularly ‘volunteer sampling’ – to get responses from a broad range of backgrounds, including varying lengths of service. Officers that fit the criteria were speculatively sent an online survey link and asked to complete it. In total, 117 officers, predominantly from emergency response teams, took part. The survey was completely anonymous and did not seek to gather identifiable data, therefore allowing officers to answer honestly.

Of the participants, 91% listed being assaulted as one of their top three operational risks. Although the research was undertaken during the second national lockdown, very few respondents were concerned about the risk of COVID-19 infection. This may have been influenced by the fact that almost a third of officers had no familiarity with transmission of communicable disease as a hazard. This reinforces the theory that the availability of a hazard has an influence on risk judgements (Kahneman and Tversky, 1972). This may also have been affected by the fact that most respondents would have worked with COVID-19 as a threat for over a year, so they may have been accustomed to its impact at the point of completing the survey.

Very few respondents knew an officer who had died on duty, and most had only been exposed to this through media coverage. However, respondents significantly overestimated how frequently death on duty occurs, guessing that 10 officers died a year when the average is actually less than one. The death of a serving officer is a national news event, enhancing its memorability. This supports findings from Slovic (1980) that people view memorable hazards as more common, regardless of their likelihood.

In all, 15% of respondents had been threatened with a firearm – or knew someone who had been threatened with one – but more than 60% feared this happening. Firearms incidents are rare and most officers don’t respond to them, instead hearing about them second-hand from others. As officers have predominantly negative qualities to draw on, the unlikely hazard of a firearms threat becomes more feared than it should and is therefore mentally over-prioritised (Keller and others, 2006).

Every officer except one trusted their colleagues to provide them with good-quality risk information. They were also more likely to trust briefings on risk from direct line managers rather than senior leaders. When asked how well they felt senior officers managed risk, only 14% of respondents thought they did it badly, whereas 40% were simply uncertain. A consistent theme was that frontline officers considered themselves and their peers better at managing operational risk than senior leaders, as they were exposed to it every day.

My research found that even though police officers experience risk differently, existing theories on risk tend to apply.

Officers were most fearful of unfamiliar or unlikely hazards, such as firearms. They were habituated to common hazards, such as minor assaults, and didn’t worry about them even when they expected them to happen. This is probably caused by the affect heuristic.

I also found that police officer response to risk was guided by emotions and experience, rather than by evidence. This meant that their perceptions of risk were often distorted and inaccurate.

Interestingly, although the global trend suggests a decline in trust in risk managers, my study suggested that this doesn’t apply in the Met. Officers are more likely to trust their colleagues and often lack confidence in senior risk management, but this stems from the perceived gap between how managers and the operational front line perceive risk, rather than active distrust.

I identified three key recommendations for police services to consider.

Although this study focused on the Met, these recommendations are likely to be of interest to senior leaders and risk managers in any UK police force. The findings reaffirm the established theories of risk perception, as well as how people use their own knowledge and experience to make decisions in difficult situations.

Despite its importance, there is a lack of research on how police officers in the UK perceive risk, making my research somewhat unique. This study has established a good foundation for further work in this area – for example, whether approaches differ in a small rural force or among detectives dealing with incidents at a different stage.

Understanding how police officers perceive risk and then managing this effectively is critical for UK policing. A failure by forces to do this will have a significant impact on trust and confidence, particularly among those communities that are already hesitant to engage with the police.

There will never be a universally agreed ‘correct’ perception of any risk, as it is simply too subjective. However, giving officers the tools to make informed decisions to overcome a reliance on the anecdotal, as well as training them to consider the rationale that underlies their decision-making, will go some way to standardising this and will bring benefits for policing. 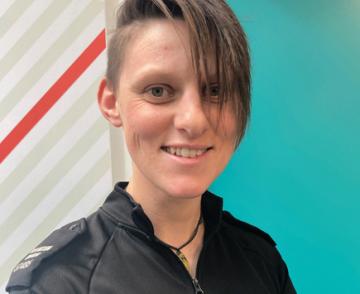 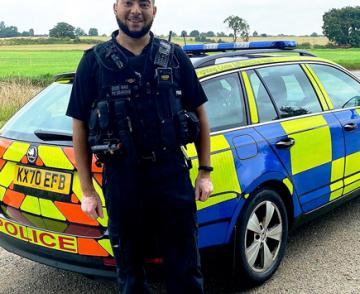 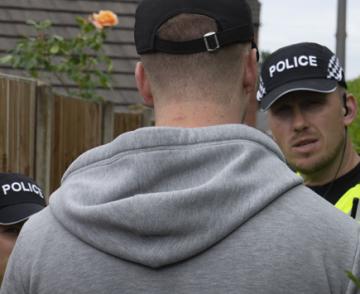