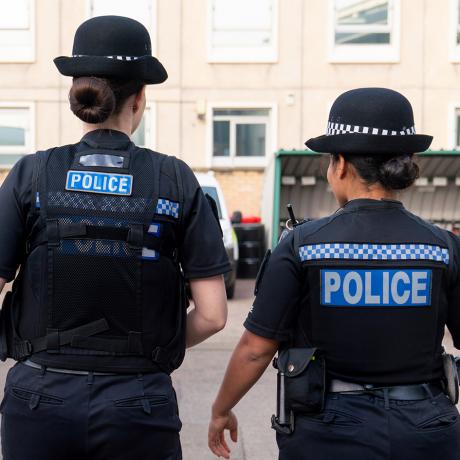 At the end of 2017, ahead of the National Police Chiefs’ Council (NPCC) toolkit recommendations, Greater Manchester Police (GMP) removed the necessity for line manager approval for promotion. Donna Hope and Charles Crichlow from the force’s Workforce Development Unit describe how they achieved this, and the significant impact that it’s had on creating a more inclusive promotion process.

Donna: Anecdotally, we felt that there were a disproportionate number of BAME [Black, Asian and minority ethnic] officers being blocked from promotion because their [White] line managers didn’t feel they were ready. Given what we knew about unconscious bias – the way that people tend to favour those who are most like themselves – it felt right to remove the need for line manager approval. To us, this was an obvious way of stripping out an element of potential adverse impact and bias. Initially, not everyone was convinced but the chief constable was behind the idea. With him on board, we could make it happen.

Charles: Having an explicit endorsement from the chief officers makes a difference.

Donna: The senior leadership team, led by the chief constable, are very clear about the operational imperative and the direction of travel. But not everyone understands the argument for a more inclusive and diverse workforce, or the positive action taken to help achieve this. There are pockets within the force that really ‘get it’, because they can see how their policing capability is limited when there’s a lack of diversity.

Charles: For example, the head of the serious crime division emphasises to students and new officers how essential it is to have BAME officers, and other diverse officers, to investigate crimes within specific communities effectively.

Donna: It’s important to state that removing the line manager approval in isolation would not have had such a positive impact on our promotion processes. We had to make other changes to the promotion process from beginning to end. For example, we removed the application form as a sift because we knew it posed another risk for adverse impact, especially for those who don’t have English as a first language.

Charles: Rather than screening people out, we wanted to give everyone a fair shot. We’ve looked at our assessor pool and made it more diverse. When you’re from a minority ethnic group, it makes a difference when you see people assessing who look like you. We also ensure that there’s an external assessor in each of the activities who is present for the full duration of the assessment process.

It’s only been a few years since we made the changes to the promotion process but the results coming through speak for themselves. At all ranks, the number and proportion of those with protected characteristics has increased.

Donna: Candidates are given the interview questions so that they can prepare themselves before they face the panel. So if English isn’t their first language, or if they are an introvert and are more reflective, it means they don’t have to think on their feet.

Up to, and including, promotion to the level of chief inspector, each interview question is presented by a different panel. This minimises the potential for unconscious bias towards a candidate carrying through the whole interview. I’m not aware of this happening elsewhere. It does make the process more expensive but it’s worth it in terms of removing bias and creating a sense of procedural justice.

The number of people promoted is determined solely by the number of projected vacancies. Those who perform best and achieve the highest scores at the assessment centre are promoted, provided they’ve reached a minimum acceptable standard. The promotion team and I are the only ones with access to the results, so it’s an anonymous and fair process when determining the vacancy numbers. The number of vacancies agreed is final. There’s no further opportunity for discussion once the vacancy numbers have been determined and the results have been published.

If unforeseen vacancies arise following the completion of a process, then we temporarily promote officers into them as a development opportunity. Anyone who doesn’t achieve a promotion this time around has to reapply for the next process. This ensures that we promote the best people available at the time and keeps the pipeline open.

There's nothing in these figures that would suggest adverse impact, and we measure this and publish the results at the end of each process. I put this down to the changes we’ve made and the positive action programmes that run alongside the promotion processes.

Donna: We invite members of the various communities in to observe and give feedback on different aspects of the promotion process.

For example, in recent processes, representatives from a disability support charity, the local Jewish community and the trans community have visited and observed the exercises with the assessment centre.

They see the efforts taken to create an equal playing field for everyone and the behaviours we are measuring within our processes. They see the diverse and realistic scenarios that we include in our role plays, and they see how transparent we are. Then, after each promotion round, we analyse and publish the relative success rates of the candidates with protected characteristics compared with the White male majority (Table 1).

The external observers see that we are doing the right thing and they communicate this to their communities and networks, which helps to improve public confidence in GMP and also encourages members of diverse communities to consider policing as a career.

Charles: You have to have patience with this sort of work.

Donna: Yes, changing the culture takes time. A few years ago, there was so much cynicism and negativity around the promotion process. We wanted to show people that we are serious about increasing the diversity of the leadership of the organisation and we’re now starting to see green shoots.

Charles: I think we’ve reached a point where people feel we have a process that they can engage in because they think it’s fair. 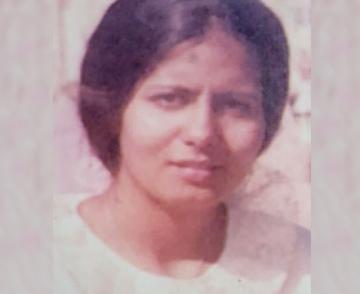 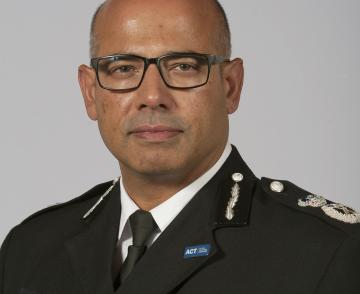