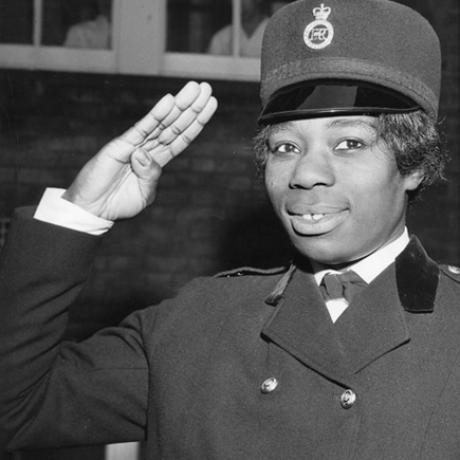 Our new Sislin Fay Allen training centre has been named in honour of the first Black female police constable in the UK.

Sislin Fay Allen (1938-2021) – sometimes known as Fay Allen – was the UK's first female police constable from an ethnic minority group. She served in the Metropolitan Police Service in London from 1968 to 1972.

Sislin trained at Peel House, the former Met training school. Her first posting was at Fell Road police station in Croydon, so she could be stationed near her family and where she lived. After a year at Croydon, she was posted to the Missing Persons Bureau at Scotland Yard and was later transferred to Norbury police station.

Sislin left the Met because of family commitments. She moved to her husband's birth country of Jamaica with their children, where she joined the Jamaican police force.

My mother was a very God-fearing, happy-go-lucky person who was a hard worker. Those are the things I remember the most about my mother. And she was also very encouraging. And she had a strong community around her and she supported her community awfully. Anyone who needed help, she'd be there to offer her assistance.

When she was very young, a police officer made a huge impression on her. My mother's Jamaican. When she was in Jamaica, she was playing. A boy who was older than her, was about 11, was trying to bully her. He threw a stone at her, hit her in the head, caused her to bleed. Her mother was not happy, so called the policeman. And the way the policeman approached the whole situation and dealt with it made such an indelible impression on my mother that, from then on, she knew that she wanted to become a police person.

She didn't talk to me about it greatly when I was growing up. More towards the end of her life, when she was contacted by various people from the press. What she did tell me was that she never experienced any hostility. Everyone was really open to her. At that time, as you know, the UK was not a hugely welcoming place to people of colour. But my mother said on the beat she was always welcomed with open arms, even though apparently the Met received quite a lot of really negative letters that were sent to them about her. They never passed those lessons on. Because as you know, my mother died last year and I discovered amongst her belongings papers, you know, letters that were written from people encouraging her to keep going and telling her that she was an inspiration. And yeah, it's really touching.

She was very nonchalant about it. She was happy. She felt hugely honoured. As she's told me and several other people, she didn't set out to be a trailblazer. She didn't set out to be the first in anything. It's just something that she had wanted to do for a very long time. She had originally wanted to be a police person, a policewoman from the get-go. But her family were like, ‘No, you're going to train as nurse. We're paying for you to train as a nurse. You’re gonna go to England and do that’. When the ad appeared in one of the daily papers and she filled out the forms and she told, you know, her friends, they were like ‘Oh, you’re not going to get in, you’re not going to get in.’ But then she was like, ‘Ah, I've got news for you. I've got a surprise. I'm in. I was accepted.’ So yeah, she, she did good.

She was definitely happy. She was sad that she couldn't make it because by that time her health had begun to deteriorate, so she couldn't really travel to the UK. But she was really pleased that I would be representing her and hopefully she's looking down on us and smiling and thinking that, ‘Yeah, I am proud of my achievement and I wish to encourage other people, no matter what their race, creed or gender, to apply to become a police person if they so wish to’.

[H]opefully she's looking down on us and smiling and thinking that, ‘Yeah, I am proud of my achievement and I wish to encourage other people – no matter what their race, creed or gender – to apply to become a police person if they so wish to’.

To honour Sislin's memory, the Sislin Fay Allen Centre will be used for the training of officers and staff from all levels of policing.

Sislin's story is a reminder that we must continue our efforts to help the police protect all communities it serves.

In 1968, policing was probably not the easiest of professions for a young Black woman to join, however, the bold and courageous step that Sislin took to serve the community and to help keep the public safe, was historic. Sislin was a pioneer and her service has inspired others to join policing and fight crime.

We are pleased to be able to commemorate the contribution Sislin made, and we hope officers and staff from all backgrounds will be inspired by her story. 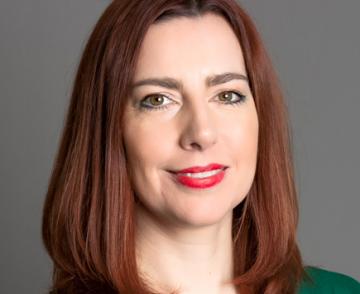 Neurodiversity training to better support the public
My idea: Training officers to respond to neurodivergent people 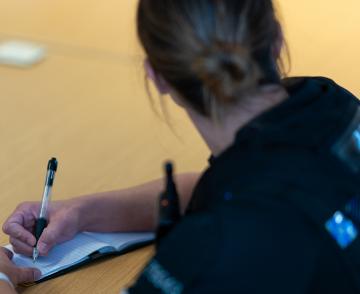