How an armed response officer achieved her dream job

Download/print
Share
Published on 14 August 2020
Leadership, resilience and determination – 'if someone tells me you can’t do something, then I’ll show you I can do it'
Case study
1 min read

Sergeant Faith Morgan worked as a lifeguard, an abseiling instructor and at a circus before applying to become a police officer – and she has steadily moved her way up the ranks ever since. She got through the assessment process at her second attempt after taking on feedback and working hard in the Prison Service for a year.

Faith thrived in her role as a specialist firearms officer. She says: 'I want to be outside … out there with the public talking to them, integrating with them and doing exciting stuff, really. I like being physical, working as part of a team and doing leadership-type stuff has always interested me so that’s kind of how I got into the firearms side of it.'

Go on, put your hat in the ring – have a go. You might surprise yourself.

She did her own research, spoke to instructors and submitted a successful application to join armed policing at her first attempt. Since then, she has been promoted several times and passed her inspectors’ exam.

There’s always something new to do, another thing you can learn

Hear from Sergeant Faith Morgan on how she’s used building blocks of training throughout her career to lead teams, become a specialist firearms instructor and even protect Her Majesty the Queen.

Find out more about the operational support career family pathway and the role profile. And discover the different ways you could work for the police and be a force for good in your community, a force for all. 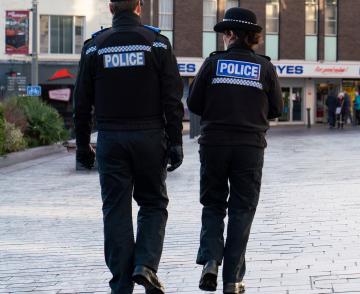 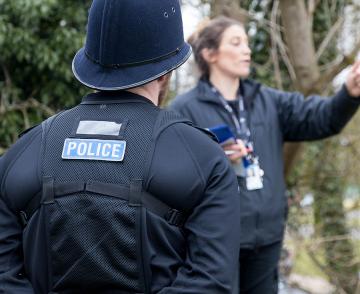