Dealing with the silent treatment during suspect interviews 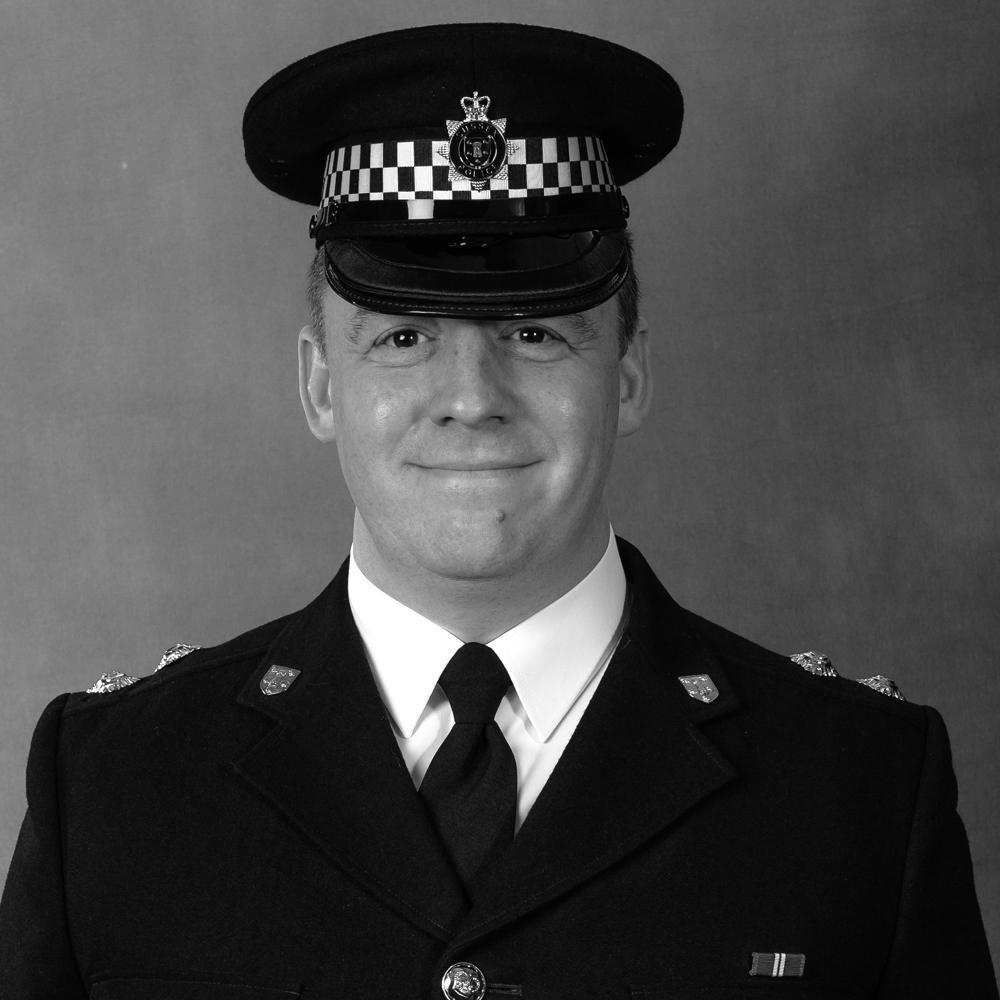 From the early days of my probation, bringing suspects to the cell block at Brighton Police station, I was drawn to the complexity of the discourse of suspect interviews. I recall watching the detectives come and go from interviews with suspects of serious crime, and I decided that was what I wanted to do.

Suspect interviews form a crucial element of police investigations. They can direct the focus of an enquiry, elicit admissions of guilt or provide exonerating alibis to the innocent. Suspect interviewing is a complex and challenging task that calls on a range of cognitive functions. Interviewers must simultaneously formulate questions and mentally digest lengthy accounts, all while maintaining an inscrutable expression.

I’ve always been fascinated by the fine-grain interactions, verbal and otherwise, that take place between suspects and investigators – and even solicitors – during suspect interviews. I was interested in why some investigators seemed to relish the opportunity to interview suspects and fought to lead on high-stakes serious crime interviews, while others – despite their length of service and experience – appeared to do whatever they could to avoid the interview room.

The negative experience of those reluctant investigators seemed to be exacerbated when suspects remained silent or made no comment. In 2017, as part of my undergraduate degree, I had the opportunity to research why this might be.

My early hypothesis was that, in order to develop interviewers, more attention must be paid to the needs of each individual. A greater understanding of the interviewer’s subjective experience of the interview environment was required. Their interaction with the interviewee was the most significant aspect of this experience.

Through my research, I first explored the experiences of pressure, stress and anxiety by interviewers in silent or no-comment suspect interviews. I then sought to establish whether there was any correlation between the pressure experienced and other identified influencers: age, gender, role, prior interviewing experience, length of service and self-efficacy (confidence in role, confidence as an interviewer).

Before undertaking the study, I conducted a thorough literature review, to gain insight into the following areas:

The literature review revealed that extensive research has been undertaken in the field of investigative interviewing over the past 35 years. In that time, researchers have demonstrated a series of improvements in the standards and sophistication of interview strategy and techniques. This is partly as a result of legislative changes driven by public pressure, but most significantly because of higher standards of education and training.

During my research, I found that multiple studies had already examined the impact of oppressive silence, albeit at the hands of police interviewers. However, these studies didn’t consider that silence is not just a tool at the disposal of the interviewer. Quite the contrary, it is more readily available to the interviewee, who has no obligation in law to utter a sound.

The interviewee may choose to manipulate, control and intimidate an ill-prepared interviewer without uttering a single word. Shepherd (1993) refers to the silence of an interviewee as 'conversation-blocking behaviour, a form of resistance most dreaded by officers in interviews with suspected offenders'.

The 'silent treatment' is a recognised form of ostracism, where a lack of communicative engagement is used to express disapproval and punishment. Humans are highly receptive to the signs of social exclusion, making us particularly sensitive to the effects of silence. An unexpected silence signals that the normal conventions of communication have been violated, creating a sense of vulnerability.

In order to gain insight into the impact of silence on stress levels, I had to understand the relationship between those constructs. For Lazarus and Folkman (1984), psycho-social stress is an imbalance between a person and the environment that is too taxing or exceeds the individual’s cognitive resources. My study postulated that the interview room can create such an environment, where the interviewer may experience situational stress.

Kuhlmann and others (2005) identified that when people were subjected to low-level stress, they demonstrated a notable reduction in their ability to recall information. Similarly, a study conducted by Schwabe and others (2007) revealed that low levels of stress can simplify learning patterns at the expense of cognitive flexibility, making it harder to apply knowledge to new situations.

These findings support my research. In a suspect interview setting, it is crucial that the interviewer remains cognitively flexible, in order to adapt their interview style, strategies and communicative approach in response to the interviewee’s behaviour.

Attentional control theory suggests that anxiety disrupts the operation of working memory, reducing cognitive performance during complex tasks (Calvo and Carreiras, 1993). This was highly relevant to my study, as police interviews are complex tasks that require simultaneous cognitive processes, placing a high demand for cognitive resources on the interviewer.

My literature review demonstrated that factors such as silence, anxiety, stress and low self-efficacy can cause even the most skilled individuals to lose their ability to perform basic functions, including their ability to remember, adapt or even speak.

Initially, I took a qualitative approach to establish the structure and wording of the survey statements, by conducting focus group discussions with Tier 3 interviewers. The purpose of these discussions was to establish rich descriptive language that most appropriately described the feelings experienced by interviewers during a no-comment or silent interview.

Having identified descriptive statements, I set seven dependent questions that contained indicators of the concepts of pressure, stress and anxiety. By using the words identified through the focus group discussions, I was able to avoid technical psychological references and use language that was familiar to police interviewers.

I sought to establish the effects of the pressure, stress and anxiety experienced by a police interviewer in no-comment or silent suspect interviews using a quantitative approach, in the form of a Likert-style survey. Sussex Police granted access to all professionalising investigation programme (PIP) 1 and PIP 2 interviewers in the force. A total of 380 interviewers responded, including a mixture of police officers and crime investigators who regularly interviewed suspects as part of their duties.

The survey sought to establish:

Of these participants, 78% reported that they experienced pressure in silent or no-comment interviews to some degree. The research question that attracted the highest indication of stress, with 71% of participants agreeing to some degree, was: 'I sometimes forget to ask questions when a suspect answers no-comment or remains silent in interview'. This result supports the theory that anxiety consumes cognitive resources within the limited memory system (Derakshan and Eysenck, 2009).

The most significant result was the relationship between self-efficacy and pressure experienced. The results revealed that self-efficacious interviewers would perceive the demands presented by a no-comment or silent interviewee as less threatening or demanding than those who doubt their interviewing skills and abilities.

For those lacking in confidence, the silent or no-comment interview causes significant levels of stress or pressure. This is supported by observations from Yeschke (1997), who commented that 'for anxious interviewers who lack self-confidence, a brief period of silence may seem almost endless'.

My research revealed that interviewers do experience pressure in a suspect interview when a suspect answers 'no comment' or remains silent. The research also showed that the greatest factor affecting the pressure experienced by an interviewer in a no-comment or silent interview is their level of self-efficacy regarding this specific skill set.

This presents Sussex Police and the wider interviewing community with an opportunity to refine interview training with the goal of increasing interviewer’s self-efficacy levels, which will benefit their interviewing skills.

The study also suggested that findings from other fields of study – such as psychoanalysis, relationship management and psychotherapy – were particularly relevant to the dynamics of the police interview environment. The results that have emerged from the study will hopefully expand the horizons of current research into suspect interviewing practices.

Bandura (1986) postulated that repeated performance accomplishment is a pre-condition to enhanced self-efficacy. Bandura proposed that self-efficacy can be enhanced through vicarious experience – in other words, by watching others carry out the model behaviour. The most significant predictor of enhanced self-efficacy levels comes from mastery of the task being measured (Bandura and others, 1977).

In order to build resilience in terms of self-efficacy, the individual must overcome challenges and persevere in the face of adversity. For many interviewers, the Tier 1 interview course will be the last interview training they receive in their career. If newly trained interviewers leave their initial training course with low self-efficacy levels, they may never build those levels up.

If the interviewers leave the course feeling confident in their abilities, with a clear model in mind of what they seek to achieve, mastery will be far more achievable.

This study has established a strong foundation for further research in the experiences of the interviewer, and into which factors regularly affect the interviewer’s performance in the interview environment.

For the police service, this study has also demonstrated that learning is not restricted to an inward view. By considering the wealth of research, studies and theories in parallel fields of study, we can learn a great deal about the interactions between police and suspects.

Dan became a detective in 2004. Since then, he has been an Achieving Best Evidence (ABE) interviewer, a Tier 3 interviewer for complex and serious crimes and a Tier 5 interview coordinator. These deployments have given Dan some of the highlights of his career and remain an aspect of policing that he is very passionate about.