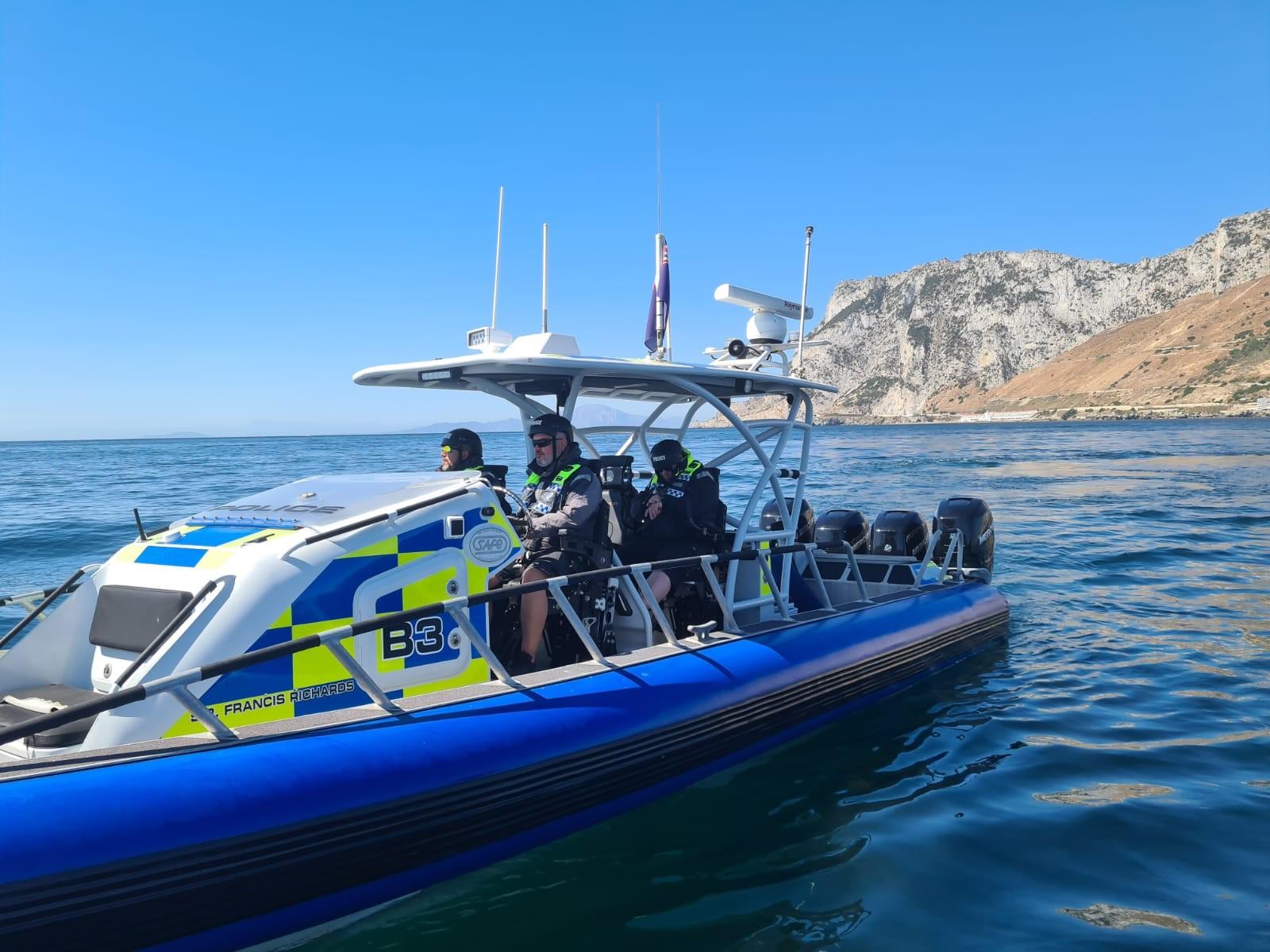 It’s the first day of a shift cycle. I begin my routine and take the short five-minute motorcycle ride to the Gibraltar Government Maritime Station (GGMS) at HM Naval Base.

Gibraltar is a small bustling city, about twice the size of Central Park, New York. It is a peninsula linked via land to Spain to the north. Just over eight miles away is Morocco. A 10-minute journey across the Strait on a fast-moving vessel makes British Gibraltar territorial waters a small but busy thoroughfare for all those transiting from Africa to mainland Europe.

I check my emails and read the night shift crew’s handover. They have been busy chasing small zodiacs (inflatable dinghies) used for smuggling tobacco to Spain. Windmill Hill Signal Station (WHSS) also reported suspected drug smuggling activity, with two vessels monitored transiting the Spanish side of the bay on the western side of Gibraltar.

It’s now approaching 8am. It is still dark but the new day is beginning to dawn. I meet the other three members of my crew and we carry out the necessary safety checks and risk assessments. As the duty senior coxswain, I conduct a briefing and discuss any intelligence.

A call is received from WHSS of a suspect vessel leaving the Spanish coastline at speed. We spring into action and head down to the vessel, carrying out equipment checks as we go. Control and Dispatch (CAD) and WHSS are informed that we are deploying to intercept. No matter how many pursuits we’ve engaged in, the adrenalin still kicks in.

As we exit the harbour, the suspect vessel is sighted approximately 0.5 nautical miles (NM) North West of us. I estimate its speed and head on an intercept course. The vessel is identified as a rigid-hull inflatable boat (RHIB), which has four people on board wearing foul-weather gear and balaclavas. It appears to still have half a load of bales suspected to contain cannabis resin, wrapped in their distinctive blue and light brown hessian (approximately ¾ of a ton in total).

Blue police beacons are engaged and the vessel has been repeatedly signalled to stop, but continues to carry out manoeuvres in an attempt to gain distance. The sea spray is cold and strikes the flesh like pins and needles. After a few minutes, which feel like an eternity, the pursuit is discontinued at the 3NM limits of territorial waters. CAD are informed and requested to inform Spanish Guardia Civil of the vessel’s last known speed and heading. No doubt it will return that night to attempt to unload its remaining cargo.

I monitor the area and one of the crew observes something floating in the water. It is suspected to be a bale of cannabis resin, approximately 30-35kg in weight. It is retrieved and found to be in a good state with no marine growth. It is unclear whether it fell off the vessel recently pursued or belongs to a previous incident. The area is searched but nothing more is found.

I return to GGMS, where I conduct a debrief. The bale is processed and conveyed to a police station for secure storage. I then complete the necessary paperwork, while the crew slip a zodiac out from the water, which was linked to the recovery of five North African migrants from the sea the previous day, and place the vessel on land.

We continue with the mundane but necessary yard and vessel maintenance work. We grab a bite to eat, chat about the morning pursuit and joke about our recent mishaps. The work can be intense but we always manage to fill it with laughter.

It’s now 2pm. The afternoon crew arrive. I give them a brief and handover. I then deploy on our training RHIB. As a qualified police instructor, I carry out powerboat training drills for the junior crew member. It reminds me of my early days at the helm and I enjoy passing on the knowledge.

At 3.30pm, I return to base and carry out a debrief on the day’s activities. It’s the end of the shift. Let’s see what the next day brings – maybe another encounter with that RHIB. For now, I go home!