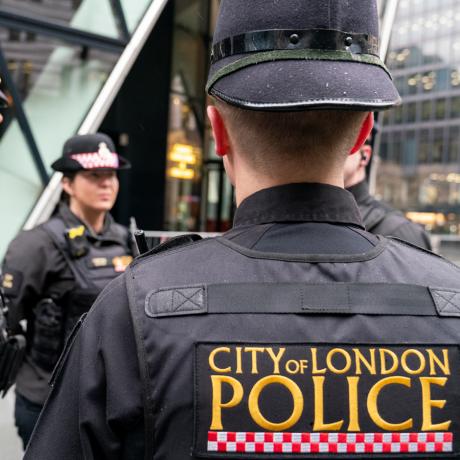 I worked as a powerboat, windsurfing and sailing instructor on the south coast of England and the west coast of France. I enjoyed teaching people new skills and wanted to use my communication skills in a more challenging and rewarding environment.

I joined in 1998 and completed my probationary period at Crawley. I later moved to Horsham and continued in the role of uniformed response officer. I soon realised how naïve I had been prior to joining the police as I hadn’t been exposed to the violence and criminality that I was now dealing with on a daily basis.

While remaining as a response officer I became a tutor and specialised as a police support unit (PSU) officer. In 2003 I transferred to Lincolnshire Police and remained as a uniformed response officer at Skegness before being promoted to sergeant in 2008 and being posted to Boston and later Louth.

After being a uniformed officer for 18 years I felt that I needed a new challenge. As much as I loved the fast pace and thrill of being a response officer I had always begrudged handing over the interesting jobs to CID and I wanted more time into investigate more serious crimes, get my teeth into complex investigations and learn more investigative processes.

In 2016, I approached the divisional detective inspector and asked if there were any opportunities for a CID attachment in order for me to develop my investigative skills and to see if I wanted to consider applying for the initial crime investigators development programme (ICIDP).

In 2017 I passed my national investigators exam and then attended the six-week PIP2 investigators course at Lincolnshire Police HQ in 2018. I subsequently completed my PIP2 portfolio which involved having another detective sergeant as my mentor in order for me to be assessed.

In 2019 I attended the two-week detective sergeants’ course and subsequently completed my portfolio of work gaining my accreditation as a PIP2 investigative supervisor.

I have been in CID for more than three years and have learned an incredible amount but every day is still a school day.

I’m not sure where my future within the police will take me but whatever direction I take I know that the skills and experience that I have gained by becoming a PIP 2 investigative supervisor has made me a far more rounded and knowledgeable police officer.